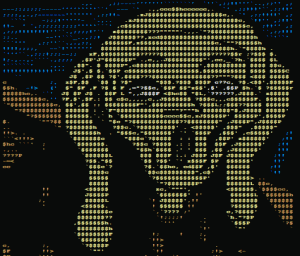 It is well known that high-quality content is the key to a good website. However, even the best, cutting-edge technologies, such as Flash, fail to allow for full expression of emotion in legitimate grammatical situations. This is not a time for hyperbole.

Scenario: Parenthetical emotions.
Example: It was the best of times (:)), it was the worst of times (:()
Result: Double chin. Monkey.

Scenario: Illustrating an emotio-physical response.
Example: It was a tender smile that looked like this: :)
Result: ALIENS! FOUR-EYED ALIENS! RUN FOR YOUR LIVES!!!!!!!!

Scenario: Emotional Asides
Example: He was so angry—>:- /is what his face looked like—his furrowed eyebrows and cross mouth reminded me of an angry emoticon.
Result: Punktuation.

I hope this blog post can serve as a wake up call. If you want to do something about this, please contact your City Comptroller, your Representative; your Senators; President Obama; Bo, the water dog; and Joe, the Vice President immediately.

Google, Facebook, W3c, in disbelief at your irresponsibility on this issue, I’m wearing a baseball cap while looking at you at you with a mustachioed open mouth and goatee.