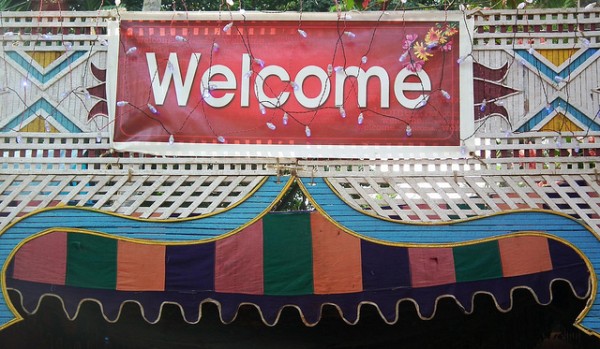 I’m a fairly active member of the Seattle WordPress Meetup. I’ve presented both at the meetup and at the WordCamp Seattle conference. And so when I read the article “Universal Design IRL” from A List Apart—which I recently posted about on the blog—I thought it was important to bring the issue up with the meetup.

For those of you who haven’t read the article, the author writes that tech meetups and conferences need to seriously examine themselves and then act to be more inclusive and open spaces for all people. At present, the tech industry as a whole is very male, young, and white. In the author’s case, she experienced harassment, followed by blame-the-victim sexism at a tech conference. She’s unfortunately not alone. There are also surely barriers erected—many unintentionally—facing people of color, older people, and anyone with one or more marginalized identities.

And so I posted “Building a Welcoming Meetup”, on the meetup’s message board:

The meetup has become more diverse across race, gender, age, and surely other spectrums as it’s grown, and I think it’s worth taking time to consider how we can all ensure that our meetup’s content and structure reflect the diversity of the community. The “ALA” article contains some concrete suggestions for how to make this happen, including changes to speaker recruitment and the adoption of formal structures to report any issues that arise. Taking these steps should lead to an even greater increased diversity of ideas and people in the group.

The obvious first step in such a process is to call attention to the issue. This is my only concrete goal with this message. I’d love to hear other people’s thoughts here or in person at our next meetup. To quote the article’s first lines: “We talk a lot … about designing for the future. About being thoughtful, accessible, forward-thinking, and compassionate. About building a web that serves more of us, more fully.” I think we all agree that the meetup should share that goal.

MSP members, should we be doing the same? RT @mrwweb: make the #wpseattle community as open and inclusive as possible http://t.co/iklpe4b9

I know that the article has prompted similar discussions elsewhere—though even then, probably not as many as it deserves.

I don’t know where the conversation will lead, but I invite you to join in if you’re a member of the Seattle group. If not, there’s probably another group with which you could start a similar conversation. Simply asking, “How can we include more people?” is a powerful first step toward improving any group. As I wrote in an email on the subject:

So that’s why I bring this up. I think it’s important to actively discuss this and proactively work to improve it. This conversation is awkward and uncomfortable at times—no doubt—but it’s worth it if we can remove some burden from people who may not feel comfortable speaking up right now.

I’m hopeful that in a few months, I will be back here to post concrete changes the group has made. In that vein, I’ve started collecting resources about creating more open, inclusive, accessible events (particularly tech). If you know of any worth including, leave a comment below.