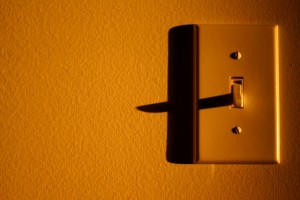 I was recently discussing project management tools with a group of small web design company owners. We talked about everything from WorkFlowy to Trello to Basecamp. The general sentiment of just about everyone was that lots of tools seem great but in the end don’t work the way we hope.

There are certainly meaningful differences in quality between certain tools, but it dawned on me during this discussion that the tool wasn’t completely at fault when things don’t work out.

We often search for online tools that work the way we want them to work in the abstract, but there are reasons to follow a tool’s lead and learn a new way of doing things. In a simple example, we don’t complain about light switches because they’re not buttons, we learn how to use them the way the designer thought was best.

In helping people use my second plugin, Feature a Page Widget, I’ve found that some users don’t understand the way that the widget stores the information it displays. I’ve spent a lot of effort to show how it works more clearly, but I haven’t considered changing the fundamental way the widget works. I designed it to solve a particular problem in the way I think is best.

In the case of project management tools, each developer probably had an abstract workflow in mind and built a tool that best facilitates it. If a piece of software uses a calendar-driven interface and that’s not your style, then it isn’t for you. ((And if you’re not into a calendar driven project management tool, you might really like Trello which follows the mantra of “state not date.” I’m a big fan.)) But if you start using it and get stuck on how to do a particular task, the problem may not be with the software but rather with your assumptions about how it will—or should—work.

So at your first moment of frustration, try trusting the developer and figuring out the intended use of whatever you’re using. You might just learn a better way to do something.

2 thoughts on “Let Your Software Be Your Guide [aside]”